On February 15, 1933, a postman entered the Corn Exchange Bank and Trust Company of Philadelphia, but an alert passerby foiled the attempted robbery and the postman fled.

On another occasion a postal telegraph messenger entered a Broadway jewelry store in broad daylight, robbed it, and escaped.

On other occasions the thief disguised himself as a police officer, some kind of messenger, a window washer, a maintenance man, or a striped-pants diplomat.  No wonder he was known as “Willie the Actor” and “Slick Willie.”

Prisons had trouble holding him.  Captured in June 1931 and sentenced for assault and robbery to 30 years in Sing Sing, on December 11, 1932, he used a smuggled gun to take a prison guard hostage, then got hold of a ladder, scaled a 9-meter wall, and escaped.

Captured again on February 5, 1934, he got 25 to 50 years in the Eastern State Penitentiary in Philadelphia, but on April 3, 1945, he and 11 other convicts escaped from there through a tunnel.  Alas, he was recaptured that same day by a Philadelphia police officer.

Sentenced to life imprisonment as a fourth-time offender, he was transferred to the Philadelphia County Prison, but on February 10, 1947, he and some other prisoners disguised themselves as guards and after dark carried two ladders across the prison yard to the wall.  When the prison searchlights spotted them, he yelled, “It’s okay!”  And off they went to freedom.

On March 20, 1950, he was the eleventh criminal listed on the FBI’s newly created Ten Most Wanted List, replacing one of the original ten who had been captured.

When asked why he robbed banks, he allegedly – and famously – replied, “Because that’s where the money is.”

The gentleman in question – and by all accounts he was indeed a gentleman – was Willie Sutton (1901-1980), a Brooklyn-born desperado who preyed upon the banks of the eastern United States for some 40 years, and who, despite his three escapes, spent more than half his adult life in prison.

Brooklyn-born to an Irish-American family, he was the fourth of five children but never went beyond the eighth grade in school, finding that his talents led him elsewhere.  Willie was slight of build, just 5 feet 7, a gentleman by all accounts, a chain smoker, a constant talker whose witty talk entertained all within earshot, including the Mafiosi who befriended him and protected him from assaults when in prison.

In all his long career of robbing banks, Willie never committed an act of violence, and even insisted that the weapons he carried weren’t loaded.  Because yes, although a gentleman, he did carry a revolver or a Thompson submachine gun, since, as he explained, “You can’t rob a bank on charm and personality.”  But he claimed that he never robbed a bank if a woman screamed or a baby cried.  Had the bankers known this at the time, they might well have hired some women to be on the scene, ready to emit ear-splitting screams of alarm.

His final capture came in Brooklyn on February 18, 1952, when a young clothing salesman named Arnold Schuster recognized Willie on the subway and followed him out onto the street, where he alerted two police officers on patrol.  They found Willie hunched over his car, fixing a dead battery.  Asked for his registration, he produced a document identifying him as Charles Gordon.  The officers summoned a detective, and the three of them escorted their prisoner to the station house for questioning.  Willie was amazingly calm and went along without protest.  About to be fingerprinted, he admitted to being the famous Willie Sutton.  The two arresting officers were immediately promoted three ranks to first-grade detective, and Police Commissioner George P. Monaghan called the arrest the culmination of “one of the greatest manhunts in the history of the department.”  Willie, it turned out, had been living in a $6-dollar-a-week room only a few blocks from the police headquarters in Brooklyn.  Reporters flocked to the station house, where Willie was paraded before them in the company of his nemesis of three.

Mr. Schuster went on television to recount how he had helped the police capture Willie.  On March 9, 1952, he was killed on a Brooklyn street outside his home, shot once in each eye and twice in the groin.  The murder was never solved, but it is said that Albert Anastasia, the much feared Mafia boss of the Gambino crime family, a veteran hit man known as “the Lord High Executioner,” concluded that Schuster was a “squealer” and ordered the murder.  Anastasia himself met a similar fate on October 25, 1957, while sitting in a chair in the barber shop of the elegant Park Sheraton Hotel in Midtown Manhattan, his face swathed in white towels; two men with scarves covering their faces entered, pushed the barber out of the way, and shot him repeatedly until he fell to the floor, dead.  Obviously a gangland killing, but no one was ever indicted.

Such violence was alien to mild-mannered Willie, who deplored Arnold Schuster's murder.  After his 1952 arrest he was convicted of robbing a bank in Queens and given a sentence of 30 to 120 years in Attica State Prison.  This time he didn’t escape.  Always ready to give legal advice to other inmates, he was known by them as “a wise old head.”  In December 1969 his good behavior and deteriorating health due to emphysema led a judge to commute his sentence to time served.  “Thank you, your Honor,” said Willie.  “God bless you.”  He wept as he was led out of the courtroom.  Released on parole, he gave lectures on prison reform, advised banks on how to prevent robberies, and starred in a TV commercial for a bank’s new credit card.  He spent his last years with a sister in Florida, died there in 1980 at age 79, and was given a quiet burial in a family plot in Brooklyn.  How the family felt about his professional career I haven’t discovered.

The famous quote about robbing banks "because that’s where the money is" has often been quoted and is known as “Sutton’s law."  Yet Willie claimed he never said it and attributed it to some enterprising reporter in need of more copy.  Why then did he rob banks?  “Because I enjoyed it,” he says in his 1976 autobiography.  “I loved it.  I was more alive when I was inside a bank, robbing it, than at any other time in my life.”

Gangland killings:  Such killings were once common in Brooklyn and elsewhere, but we like to think of them as bad memories from the distant past, inconceivable in our more enlightened age.  But the Times of July 2 reported that Louis Barbati, the owner of a Brooklyn pizzeria, was shot five times and killed by an assassin, his face hidden in a hoodie, who was waiting for him as he came back from work to his house in Dyker Heights in southern Brooklyn.  His flash jewelry, cash, and other valuables were not taken, which seems to refute the police’s initial assumption that the shooting involved a robbery gone wrong.  Complicating matters was his feud with a former employee who stole the secret recipe for his sauce and opened a pizzeria on Staten Island.  The police are investigating, as well they might.  But in today’s somewhat gentrified Brooklyn, renowned for its hipster culture, this seems like a troubling throwback to the past.

My books:  No Place for Normal: New York / Stories from the Most Exciting City in the World, my selection of posts from this blog, has received two awards: the Tenth Annual National Indie Excellence Award for Regional Non-Fiction, and first place in the Travel category of the 2015-2016 Reader Views Literary Awards.  For the Reader Views review by Sheri Hoyte, go here.  (It also got an honorable mention in the Culture category of the Eric Hoffer Book Awards, but that hardly counts.)  As always, the book is available from Amazon and Barnes & Noble.

The Pleasuring of Men (Gival Press, 2011), my historical novel about a young male prostitute in the late 1860s in New York who falls in love with his most difficult client, is likewise available from Amazon and Barnes and Noble. 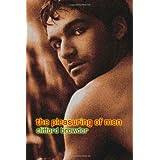 Coming soon:  Tammany, the Tiger Whose Claws Got Clipped.  But before that, in midweek, maybe reblog of another popular post.