I am a writer and retired freelance editor living in New York City, where I reside far above the famous Magnolia Bakery of "Sex and the City" fame.  Born and raised in Evanston, Illinois, I got my B.A. at Pomona College in California; received a Fulbright Scholarship to France, where I studied for two years; and got an M.A. and Ph.D. in French at Columbia University.  I taught French on the college level for many years, then became a freelance editor working especially in French and German, with an occasional dip into Latin.  I have traveled in Europe and in Mexico and Guatemala, where the Mayan sites especially fascinated me.

No Place for Normal: New York / Stories from the Most Exciting City in the World, is a selection of posts from this blog that I self-published through Mill City Press in 2015.  Fascinating New Yorkers: Power Freaks, Mobsters, Liberated Women, Creators, Queers and Crazies, another selection of posts from this blog, was published by Black Rose Writing in 2018.  My historical novel The Pleasuring of Men was published by Gival Press in 2011.  Two other historical novels, Bill Hope: His Story, and Dark Knowledge, were published by Anaphora Literary Press in 2017 and 2018.

All my fiction deals with New York City 1830-1880, an interest first inspired by background research for my two published biographies: The Money Game in Old New York: Daniel Drew and His Times, and The Wickedest Woman in New York: Madame Restell, the Abortionist.  My poetry and fiction have appeared in various reviews.  I am also the author of André Breton, Arbiter of Surrealism, a critical study of the French Surrealist poet André Breton.  For more on these works, see the pages Fiction and Nonfiction. 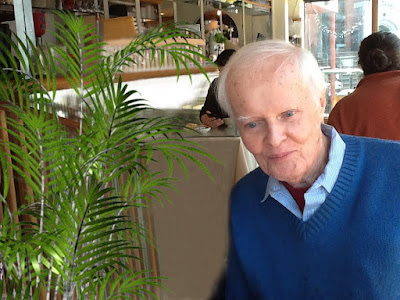 I freely confess to being part greed creep, part seeker (seeking what? good question!).  While hiking I have witnessed pewees and oystercatchers, slime molds and puffballs, and the sinister beauty of the mushroom known as Destroying Angel.  I have never owned a car or a television, shun the cell phone, and cope as best I can with my computer.  Being technologically inept, I marvel that I have managed, more or less, to launch and maintain this blog.  Eating mostly but not exclusively vegan, I value garlic for its medicinal and culinary properties, not to mention its ability (so essential these days) to fend off vampires.  Recently I learned the Charleston; geezers rock.

The best way to contact me is by e-mail: cliffbrowder@verizon.net.

You can find all my books listed, and available for purchase, on my Author Central page at Amazon.