Dark Knowledge (Anaphora Literary Press, 2018) is the third novel in the Metropolis series of historical novels set in nineteenth-century New York.  Release date January 5, 2018, but copies now available from the author.  Adult and young adult.  A fast-moving historical novel about New York City and the slave trade, with the sights and sounds and smells of the waterfront.

The back cover summary:


New York City, late 1860s.  When young Chris Harmony learns that members of his family may have been involved in the illegal pre-Civil War slave trade, taking slaves from Africa to Cuba, he is appalled.  Determined to learn the truth, he begins an investigation that takes him into a dingy waterfront saloon, musty old maritime records that yield startling secrets, and elegant brownstone parlors that may have been furnished by the trade.  Since those once involved dread exposure, he meets denials and evasions, then threats, and a key witness is murdered.  Chris has vivid fantasies of the suffering slaves on the ships and their savage revolts.  How could seemingly respectable people be involved in so abhorrent a trade, and how did they avoid exposure?  And what price must Chris pay to learn the painful truth and proclaim it?

"At first the plot ... seemed a bit contrived, but I was soon swept up in the tale."  Four-star LibraryThing early review by snash.

"I am glad that I have read this book as it goes into great detail and the presentation is amazing.  The Author obviously knows his stuff."  Four-star LibraryThing early review by Moiser20.


Bill Hope: His Story (Anaphora Literary Press, 2017) is the second novel in the Metropolis series.  New York City, 1870s: From his cell in the gloomy prison known as the Tombs, young Bill Hope spills out in a torrent of words the story of his career as a pickpocket and shoplifter; his scorn for snitches and bullies; his brutal treatment at Sing Sing and escape from another prison in a coffin; his forays into brownstones and polite society; his brief career on the stage playing himself; his loyalty to a man who has befriended him but may be trying to kill him; and his sojourn among the “loonies” in a madhouse, from which he emerges to face betrayal and death threats, and possible involvement in a murder.  In the course of his adventures he learns how slight the difference is between criminal and law-abiding, insane and sane, vice and virtue—a lesson that reinforces what he learned on the streets. Driving him throughout is a fierce desire for better, a yearning to leave the crooked life behind, and a persistent and undying hope.

Bill Hope: His Story is available from Amazon and Barnes & Noble.

The Pleasuring of Men (Gival Press, 2011), the first novel in the Metropolis series, is the story of Tom Vaughan, a respectably raised young man who in the late 1860s chooses to become a male prostitute servicing New York City’s elite, then falls in love with Walter Whiting, a renowned scholar and lecturer, who proves to be his most difficult client.  Their story unfolds in the clandestine and precarious gay underworld of the time, which is recreated fictionally with a deep knowledge of the period.  Through a series of sexual encounters – some exhilarating, some painful, some mysterious – Tom matures, until an unexpected act of violence provokes a final resolution. 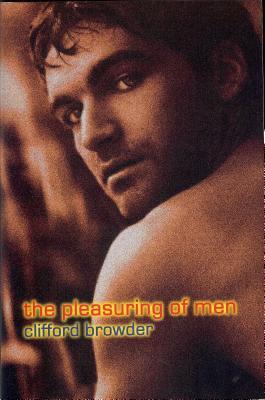 "Altogether this is a tale encompassing both sophisticated wit and humour, and yet the subject matter is the gritty underbelly of society as enacted by its leading citizens—including the Reverend Timothy Blythe, D.D.  Indeed, as I followed Tom’s sexual romp through the streets of New York, I couldn’t get the image of that other Tom out of my mind i.e. 'Tom Jones.'  It is absolutely delightful.  Five Bees."  ---  Gerry Burnie, Gerry Burnie's Book Reviews

The Pleasuring of Men is available from Amazon.com and Barnes & Noble, or as an e-book with Nook or Kindle.  Or contact:

All my fiction is set in New York City 1830-1880, a time of dizzying growth and speculation, riots, boom, and bust.  Reflecting my lifelong passion for history, this project was originally inspired by background research for my biographies of the Wall Street speculator Daniel Drew and the abortionist Madame Restell.  Each novel stands by itself, but characters from one often reappear in another.  More titles in the Metropolis series are forthcoming.